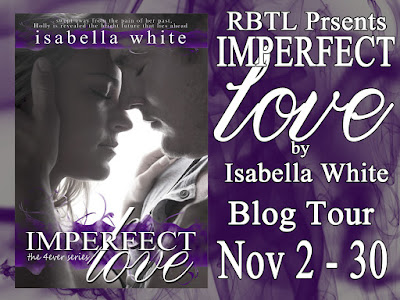 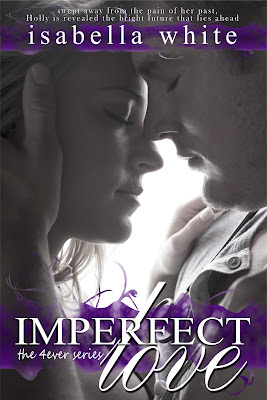 Title: Imperfect Love
Author: Isabella White
Series: the 4ever Series (Book 1)
Genre: Women’s Contemporary Romance/Erotica
Publisher: Fire Quill Publishing
Release Date: July 29 2015
Edition/Formats: eBook
Blurb/Synopsis:
At 24 years old, Holly Scallanger has the perfect life. Everything a girl could want; a beautiful man, a stunning home, as well as being in the midst of preparing for the wedding of her dreams. This all vanishes the night she catches her fiancé, Brandon Morgan, in bed with her worst nightmare, Donna Sinclair, just a week before Holly is set to walk down the aisle.
Attempting to recover from his betrayal, Holly swears off the affections of men in order to pick up the pieces of her crumbling life. Unfortunately, meeting Jake 'Hooligan' Peters is not part of her plan. The tall, dark-haired and handsome as hell med student, sweeps Holly away from the pain of her past and reveals to her the bright future that lies ahead. That is, until she falls pregnant just as Jake begins his internship at P&E; his family's hospital.


Will this love at first sight lead her to the fairytale she has always craved? Or, will she fall victim to a betrayal of the heart yet again?
Excerpt

“You know what? Eat what you want to eat. Hell, eat Donna for all I care.” Angrily, she punched the red disconnect button on the screen.
Her phone rang again a second later; the same picture flashed on the screen. “What do you want, ?”
“You okay?” he asked.
“Am I okay?” She gave her ‘you’re unbelievable’ giggle, wanting to switch the phone off yet again. I’m so sick and tired of playing this game with him. “No, I’m not, but I will be, ,” she bit his name out with pure venom.
He cussed. “Is it that time of the month again?”
“You know what? Go fuck yourself. I can’t do this anymore… you, you sleaze ball, and two-timing piece of shit.” She took a deep breath. “I’m leaving you. And I think it’s better we do this now, than waste two years of our lives with each other.”
“Just wait for me, Holls, okay? I’ll be right there. I love you baby.” 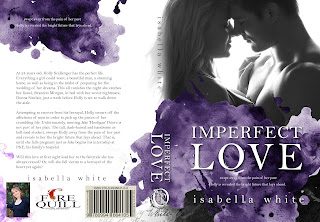 Isabella White was born and raised in South Africa, where she still lives with her husband and two beautiful little girls. She always knew she was going to be a writer, but it only started to really happen about four years ago. In her free time―if she gets any because moms don’t really have free time―she loves to spend it with friends, whether it’s a girl’s night out, or just watching a movie. She’s a very chilled person. Her writing career started with Firebolt, book one in the Dragonian series under the pen name of Adrienne Woods. Her other series, Dream Casters, will be released mid-2015. She also writes in different genres, You and Me 4Ever has a total of 3 novels. More to come in the Pregnancy Diaries soon. And then, she has a paranormal series by the name of the Aswang series, which will consist of about ten novels. And if that wasn’t enough, there is another series, Guardians of Monsters, which will be released in 2016. Both novels are written under another pen name called Kristen Ping.


Posted by Between the Pages One Book at a Time at 4:00 AM